Using a variety of innovative tools including bioinformatics, microbiology,  mass spectrometry, DNA sequencing, and 2D and 3D spatial mapping, we aim to delineate  specific  molecules  that  modulate  the  dynamics  of  microbial  involvement  in  response  to  genetic  and  environmental  triggers  of  disease. 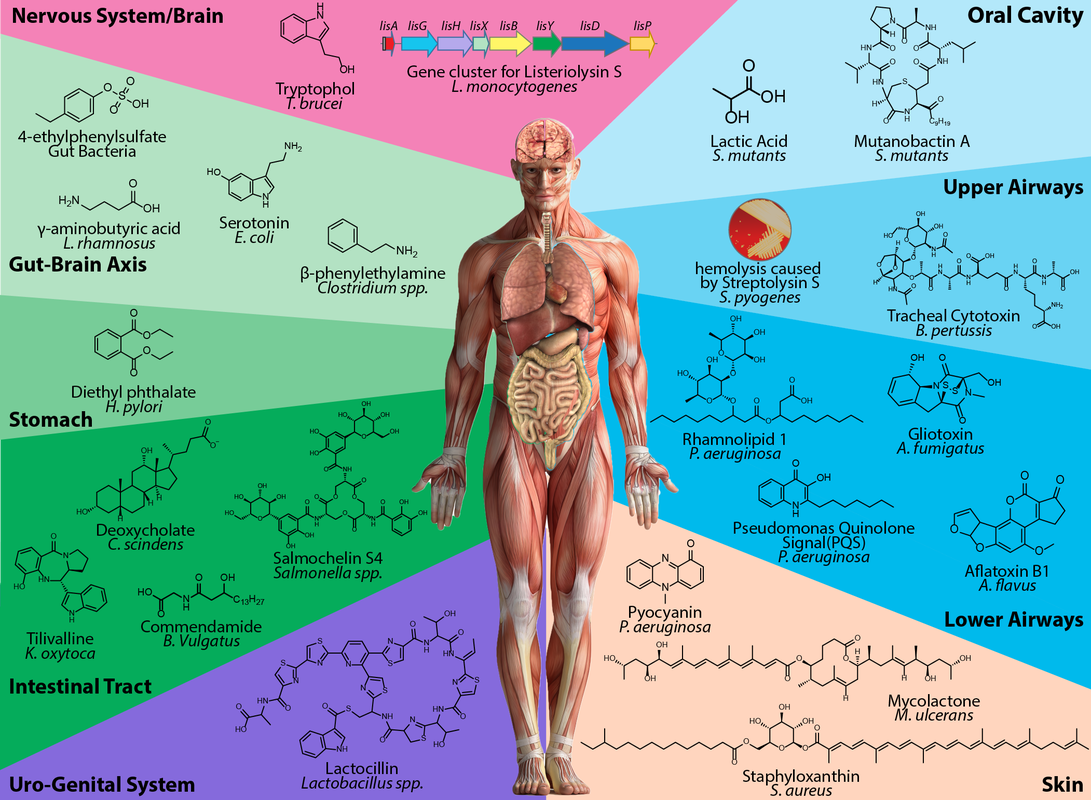 Unpublished
4. Microbe-host cell: Bacterial pathogen during infection of its host

Tools used in our lab

The Garg laboratory uses a wide array of contemporary techniques in mass spectrometry complemented by (meta)genomics, microbiology, and biochemistry.

We reconstruct 3-D models of human organs from CT scans and MRI images. We then overlay the spatial abundances of microbes (which we determine by DNA sequencing) and small molecules (which we find by mass spectrometry) on the human organ 3-D models to visualize correlations between the microbiome and the metabolome. These correlations allow us to determine (i) how the microbiome and the host are talking with each other at the molecular level using small molecules; (ii) whether the host is generating an immune response specific to the microbiome; (iii) whether clinically administered antibiotics and drugs affect the microbiome and the host; and (iv) how the microbiome-host community is structured. Our findings have broad implications on human health and disease and training opportunities exist for postdocs, graduate students, undergraduates, and research scientists interested in mass spectrometry, microbiology, and biochemistry.

The volume of information in a single mass spectrometry experiment can easily overwhelm manual curation and inventory. Then, how do we tackle a problem in which thousands of mass spectrometry experiments have to be conducted for a single dataset to tackle problems in human health and disease? The Garg lab uses techniques in molecular networking to visualize and organize large volumes of mass spectrometry data to derive meaningful correlations between metadata (conditions from which analytical samples were derived from) and the small molecule metabolome. These correlations are then tested and validated in the lab using a diversity of techniques in microbiology, molecular biology, and biochemistry. We also collaborate with clinicians to directly advance our findings to a clinical setting.

We use various wet lab techniques to mimic and understand molecular interactions in microbial communities. This allows us to test relevant hypotheses that are generated from direct analyses of human tissue using the abovementioned tools of spatial mapping and molecular networking. One of the tools that we use employs direct visualization of microbes interacting in a petri dish using mass spectrometry based microbial imaging. The Garg lab has access to cutting-edge mass spectrometers that allow high resolution imaging experiments to be performed with minimal sample manipulations. Our experiments are directed towards to questions that are directly relevant to human health, as well as complex community structures in the environment.

The microbial molecules that we find in complex communities using mass spectrometry are naturally produced using a set of dedicated genes encoded within the genomes of participating bacteria. We find these sets of genes, often organized in genetic neighborhoods called 'biosynthetic gene clusters', and use techniques in molecular biology, microbiology, and biochemistry to connect the genotype to the chemotype, and eventually to the phenotype in the community structure. We employ techniques involving expression of genes in different microbial hosts and biochemical characterization of biosynthetic enzymes. 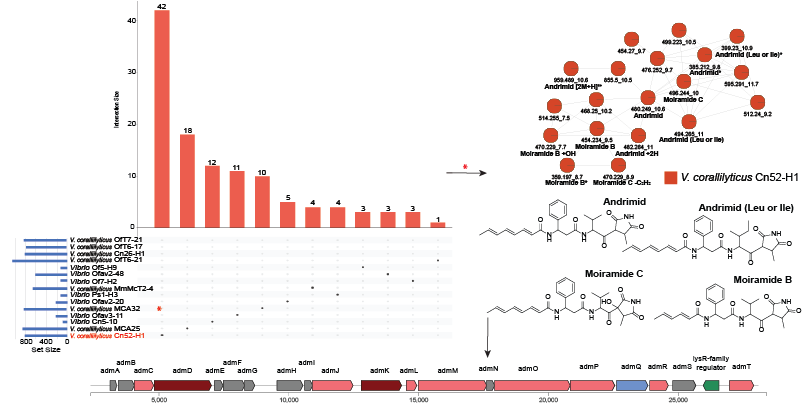